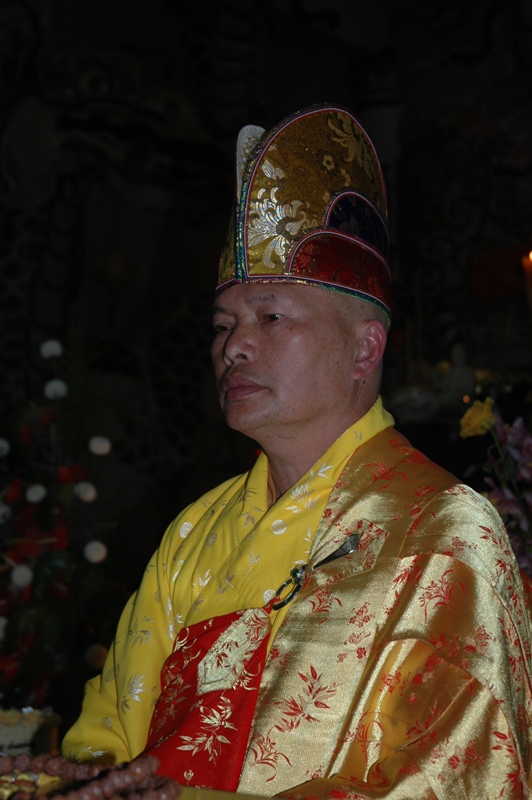 Origin of Monastery is Van Hanh assembly set up by local Buddhists for worship and activities. In 1980, the superior Buddhist monk Thich Vien Thanh, who is now Deputy Head Buddhist of Lam Dong Province, and Chief Representative Buddhist of Dalat, has built a pagoda on an area of 2 hectares. 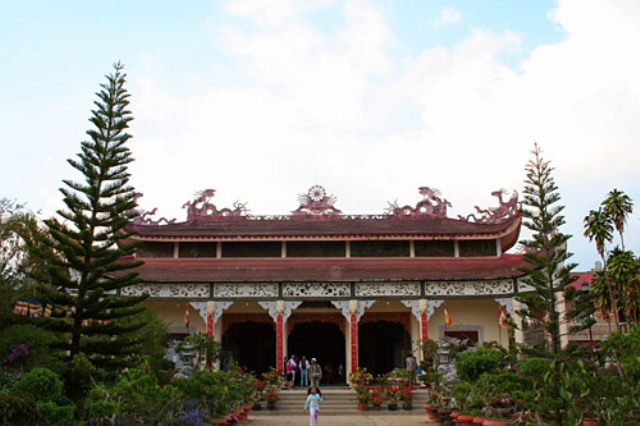 In 1994, the superior Buddhist Monk Thich Vien Thanh has organized the huge restoration of the main building and designed beautiful landscapes for the monastery such as: Happy Buddha statue, Buddhist garden, Quant Yin statue on dragon, etc. 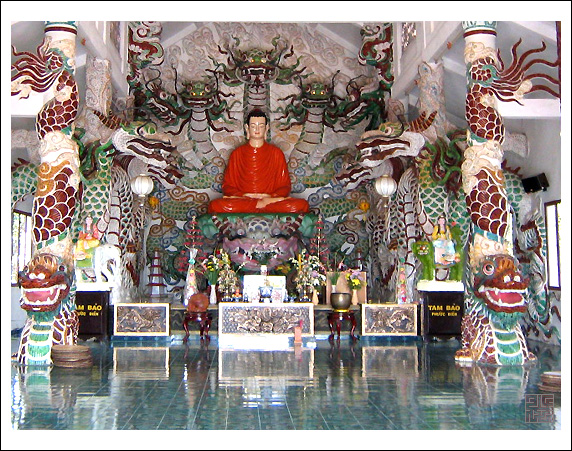 Considered as the biggest Buda statue in Lam Dong Province, the golden statue of Sakyamuni Buddha was built on April 4th 2002. The statue is totally 28 meters in height from the ground to the top. Specifically, the Buda’s statue is 21 meters; its throne is about 3 meters, and its stand is 4 meters. This is a great work of art and one of the most beautiful Buddha statues in our country today. 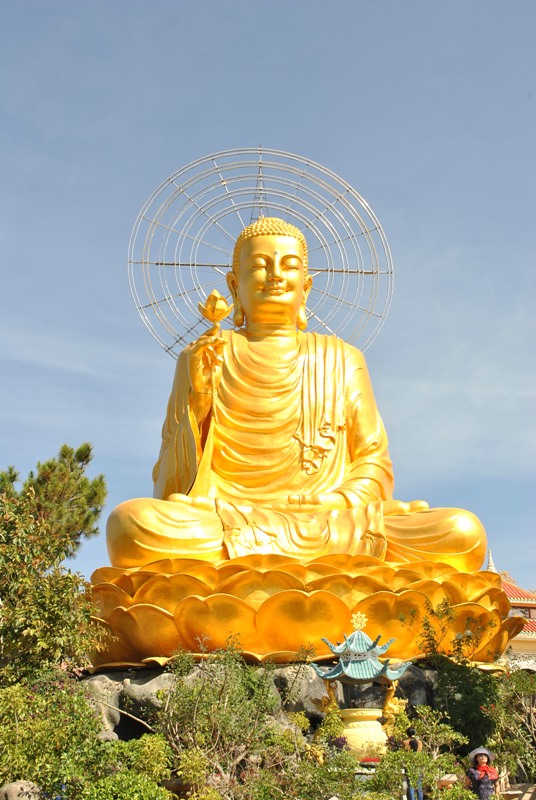