Tiger cave Waterfall, located inside the White Valley in Tuy Son Hamlet, Xuan Tho Commune, 15 kilometers away to the east of Dalat City, is a pristine landscape nestling among myriads of pine trees and is linked to a miraculous myth of a predator species which is considered "lord of the jungle". 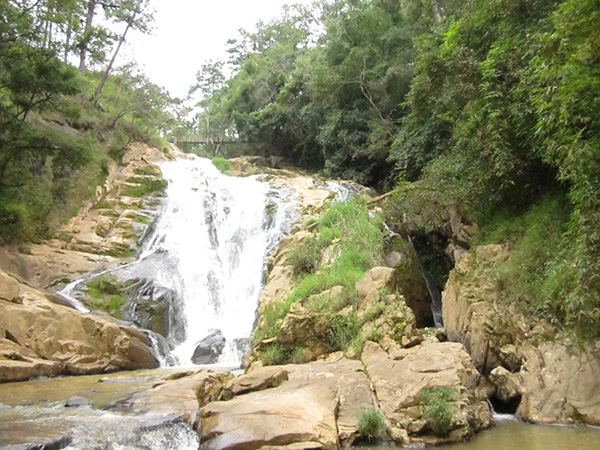 The waterfall has an area of 308 hectares, approximately 50 meters in height and 500 meters in length, lying on the way from Dalat to Dran (Don Duong District). The fall owns several names, such as "Mr. Tiger" Waterfall, "Mr. Thuan" Waterfall, Da Sar Fall, Paradise Fall, or the fall of Dragons. Under the waterfall is a large den where has been said to be the home of a huge tiger, so that people named the fall "Tiger's Den". 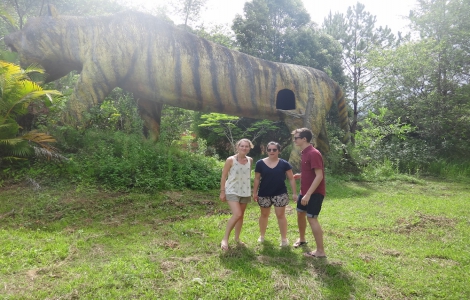 According to a Chi'll legend (the Chi'll are ethnics living in Central Highlands of Vietnam), there used to be a very ferocious tiger living in this area, causing lots local people's death. Locals were extremely frightened and called the tiger by "Mr. Thirty." A brave Chi'll warrior with strong desire to kill the tiger to save his village, after several days of follow-up, did trap and hit the tiger on his leg with an arrow. The "Lord of the Jungle" ran deep into the forest painfully and has not been seen then. There is currently a statue of that brave warrior drawing his bow close to the waterfall. 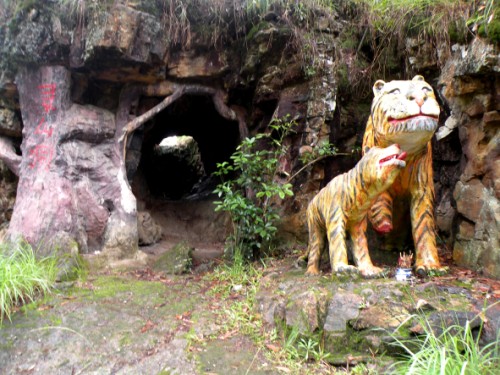 To tell later generations about the legend, a statue of a huge tiger wandering around a flower garden was carved and placed near the fall. Next to the statue are sculptures of a tiger family gathering around the giant mushrooms.

From the garden, visitors can also descend down to the abyss on a steep path with almost 150 concrete steps. Standing at the foot of the waterfall, tourists will feel as if a strong airflow is rushing towards you when seeing two small falls on two sides flowing very fast from a height of 7 meters over large boulders with endless white foam. The natural and wild scenery and fresh air are totally suitable for travelers with a preference of eco-tourism. One of the special features of this waterfall is always flowing fast whether it is rainy or dry season. Tourists will never forget the magic sounds of the waterfall as if a mysterious roar all day and night long. 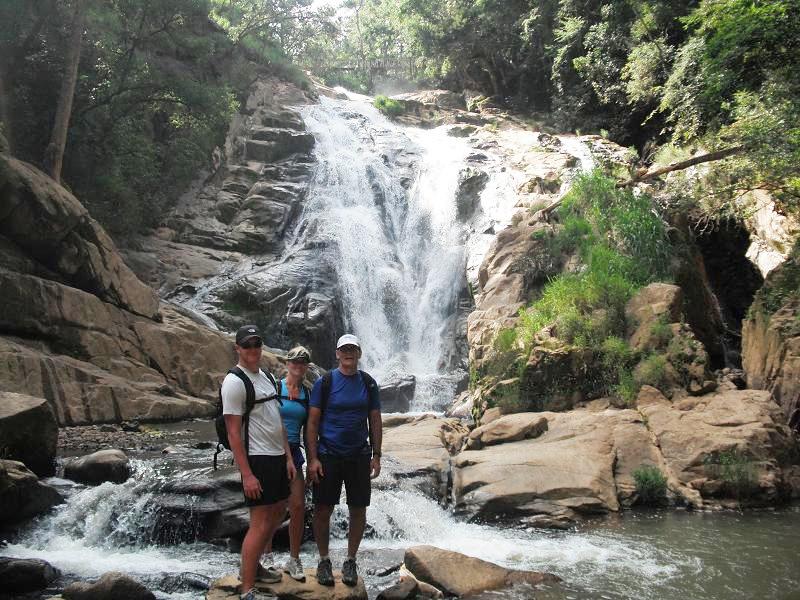 Touring the waterfall of "Tiger's Den", tourists can contemplate the mighty beauty of nature through a 150-hectare area around the fall and a forest of pine trees and other rare species, such as Fokienia Hodginsii (Dunn), Cunninghamia, Pinus Krempfii (Lecomte) and a distinctive flower named "Tiger Nail Flower" with unique shape.

Near the waterfall is a suspension bridge lying across the stream, taking visitors to a pine hill. Climbing up the hill, visitors will encounter a track leading to the village of a local ethnic minority.

For those who long to assert their independent and brave selves and those who prefer to mix their souls with the pristine nature, register our tours to the waterfall of Tiger's Den to enjoy the most memorable moments with beautiful nature. The dreamlike scenery and mysterious sounds of the waterfall will certainly satisfy every tourist, even the choosiest ones!