When thinking of Dalat city, tourists obviously mention its ancient peace villas surrounded by pine woods. However, Hang Nga guest house, also known as the “Crazy House,” is a piece of artwork that really surpasses the limit of people’s imagination. 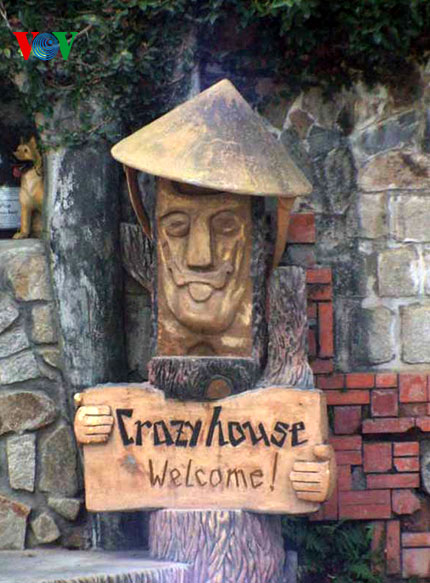 Established in 1990 by Vietnamese architect and impressionist Mrs. Dang Viet Nga, the house is located at 3 Huynh Thuc Khang St., Ward 3, Dalat City, covering an area approximately 1,900m2. Architect Mrs. Dang Viet Nga graduated Moscow Architecture University, Russia (1959-1965), and then she decided to study further to get a PhD in Russia (1969-1972). She lived and worked in Da Lat from 1983 until now. 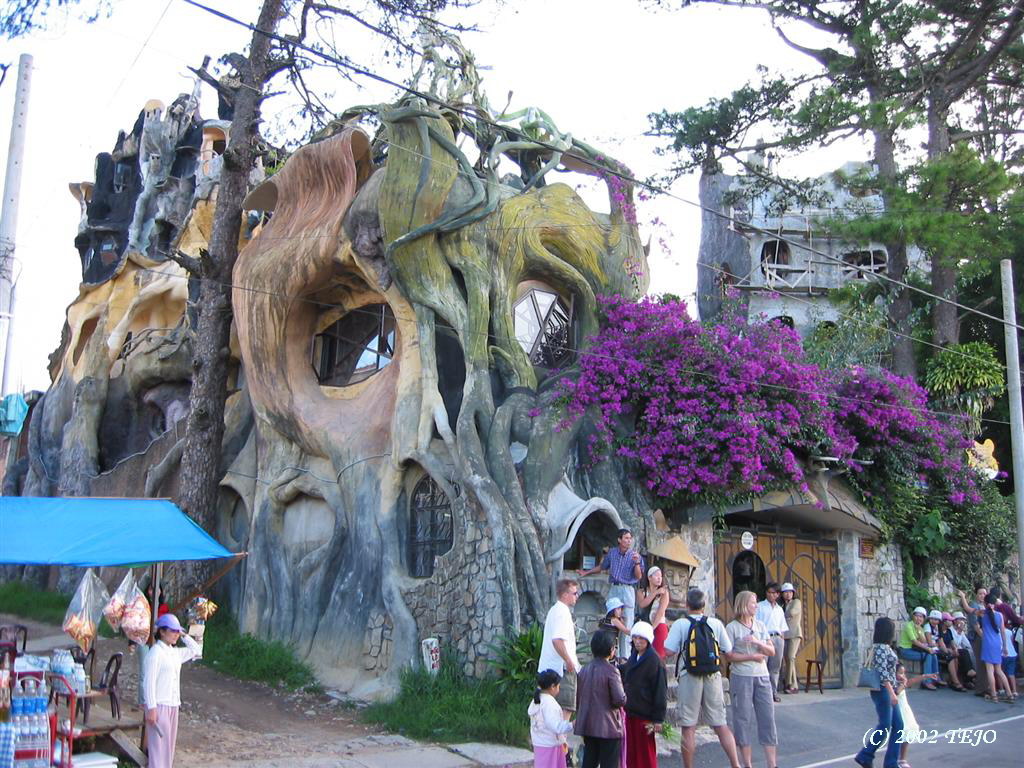 The construction was first named Hang Nga Guesthouse, then renamed “Crazy House or Odd House”. “Crazy House” is not exactly a house because it is a group of strange structures. 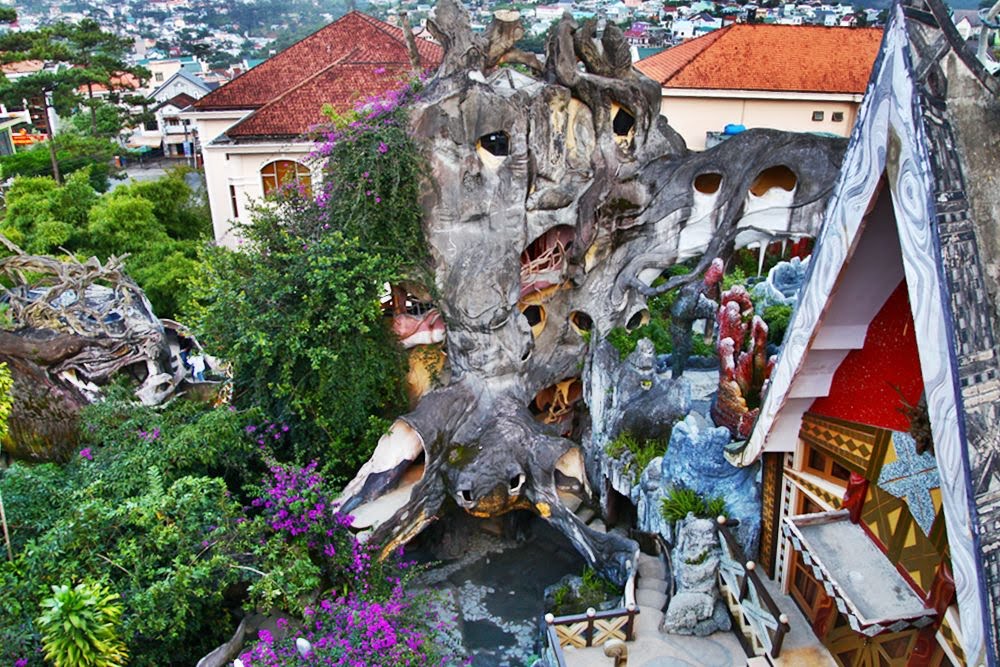 A visit to Crazy House

The Crazy House is also called “Cobwebs Villas” because visitors from the entrance will be impressive by a huge spider web made of steel wires. 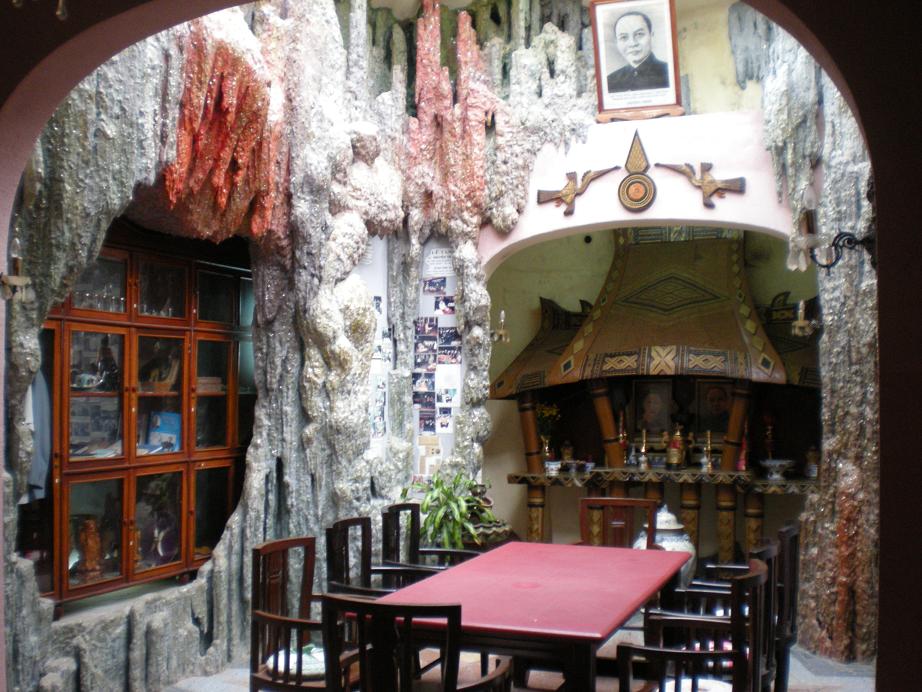 Rather than using standard architectural plans as blueprints, Nga produces paintings, and hires non-professional local craftsmen to transform these into structural elements. The building’s exterior resembles a five-story-high banyan tree, with unevenly shaped window openings and branch-like structures that "grow" along its walls and rise above the roof into the sky. 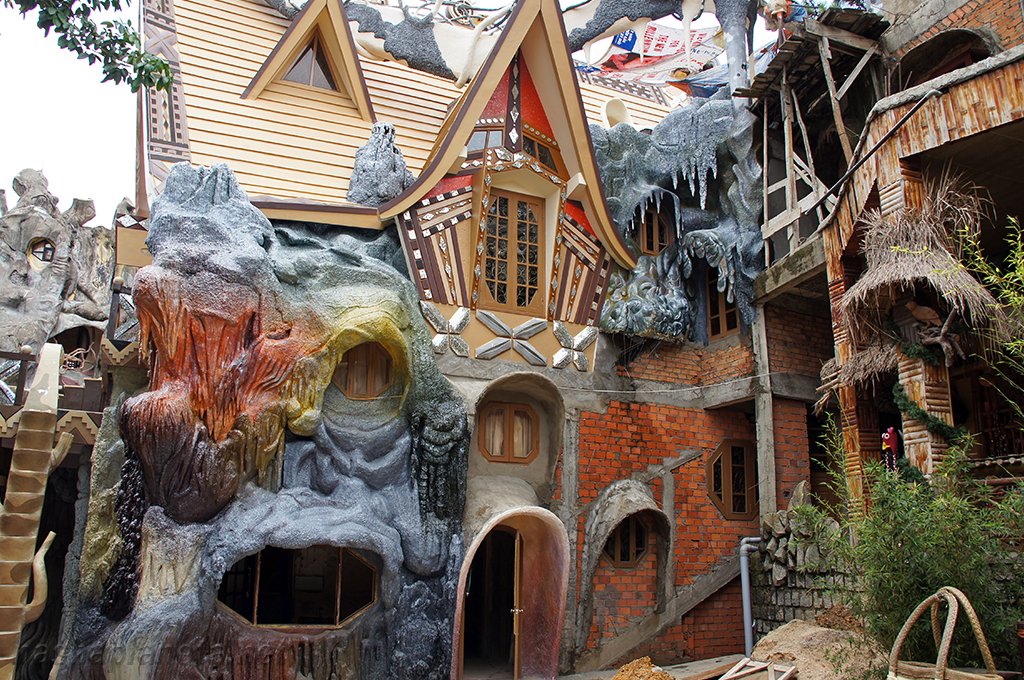 Moreover, her design features curves, branches and odd shapes; the windows are asymmetrical and are placed at odd angles, the interior features numerous  interconnected levels, hidden nooks, tunnels that curve and twist and themed rooms that feature stone animals; tigers, bears and a kangaroo to name but a few along with original handcrafted furniture 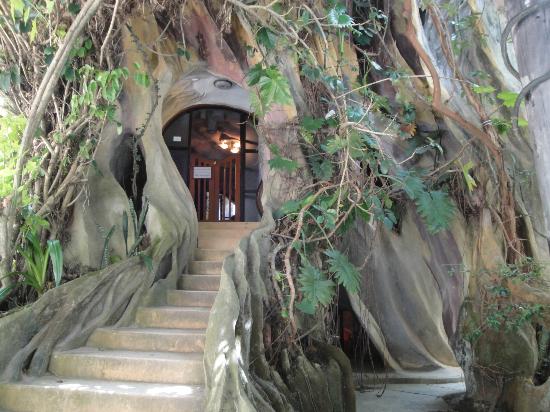 She has stated that her overall design was inspired by the natural environment surrounding of the city of Dalat. To build the Crazy House, she didn’t follow the rules and wanted to break up normal forms to create strange structures by making the shape of the curve liberty and the arbitrary planes which are not dependent on the classical principles in layout shapes of lines and squares plane as usual. Especially here, also uses the open space on all four sides of the room to make it spacious for a rich surround vision. 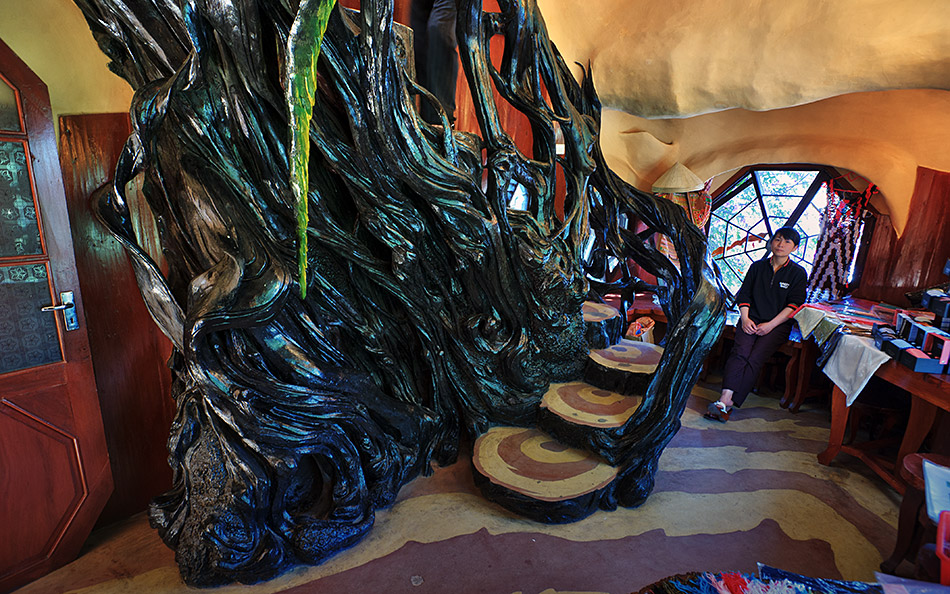 Vietnamese architect PhD.  Dang Viet Nga, the owner of “Crazy House”, confided: “When doing this work, I’m very concerned. Nature is being devastated day by day, but I’m calling people to be back to nature, to be close, to love it, and not to destroy it by the voice of architecture. In fact, when I was conducting “Crazy House” project, few people agreed with my ideas, and I even would like to give up.”

Although she is at the age of 70 now, Mrs. Dang Viet Nga makes her eccentric ideas come true and continues to improve her uncompleted plans. For example, building Highland communal house with colorful forms based on colorful costumes of ethnic women; completing stair climbing systems, inside fake mountain ranges in the back of the house will be the gallery for photographs of architectural Lam Dong artists. She wishes to expand the area of this architectural ensemble on 9.000m2, and turns this place into a truly nature reservation park mixing with the architectural features of the Dalat mountains. To carry out this idea, she has to invest 100 m VND.

If visiting Dalat city, tourists won’t miss both odd and interesting structure of the Crazy House!