Chicken Church, also known as a Cathedral, is located on Tran Phu Street (one of the main circulation roads in Dalat) 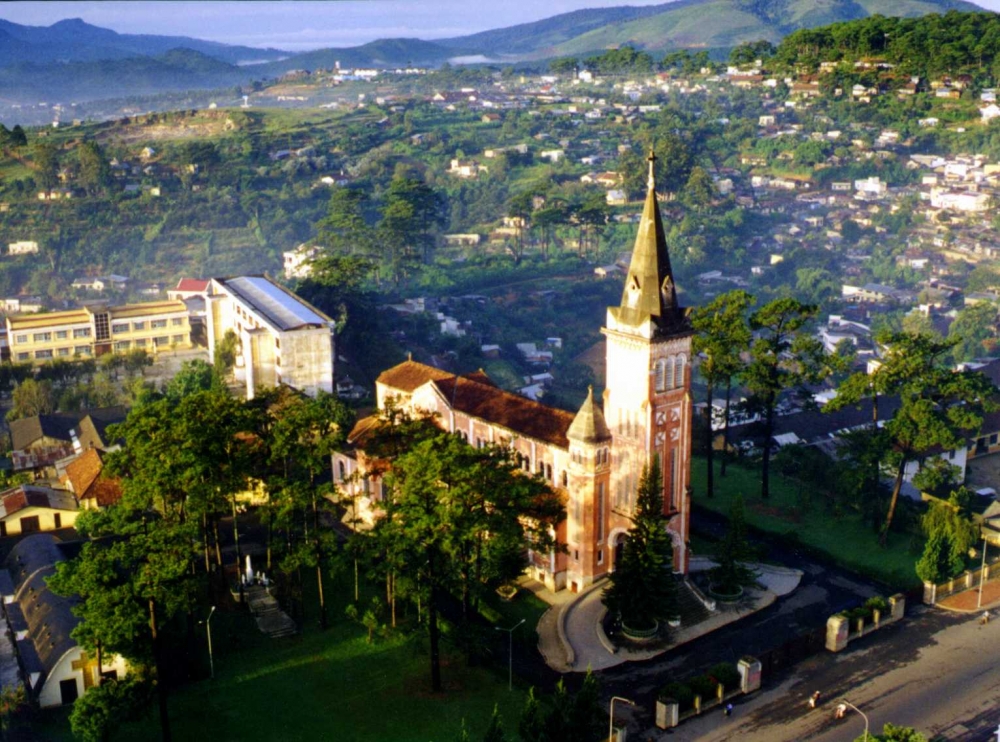 Chicken Church is one of the largest churches in Dalat. There are a lot of annual religious festivals celebrated to serve local people’s religious culture. Moreover, the church is one of the famous places of the Flower city. Coming here, tourists will be impressed unforgettably by the church’s wonderful architectural style as well as its magnificent view, which we find it difficult to admire any other places. 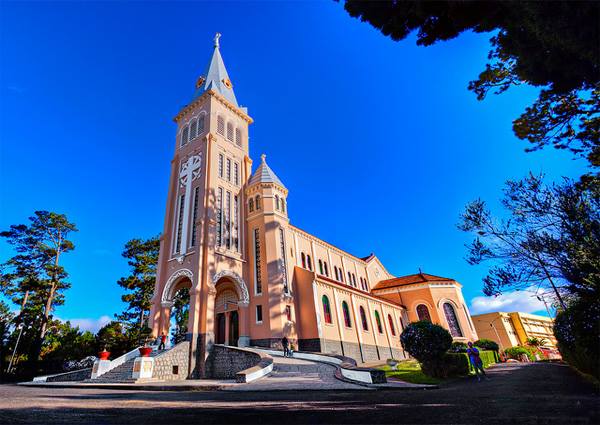 In 1983, Dr. Alexander Yersin discovered Dalat city together with Priest Robert who is a member of The Society of Foreign Missions of Paris (MEP). When returning Paris, Priest Robert characterized Dalat city to the society. Then, Priest Nicolas Couveur, Who manages MEP in the Far East, came to Dalat with his purpose to found a resting place for his priests. Finally, he decided to build a convalescence hospital for believers. In 1920, Bishop Quinton made a decision to found Dalat Bishopric. 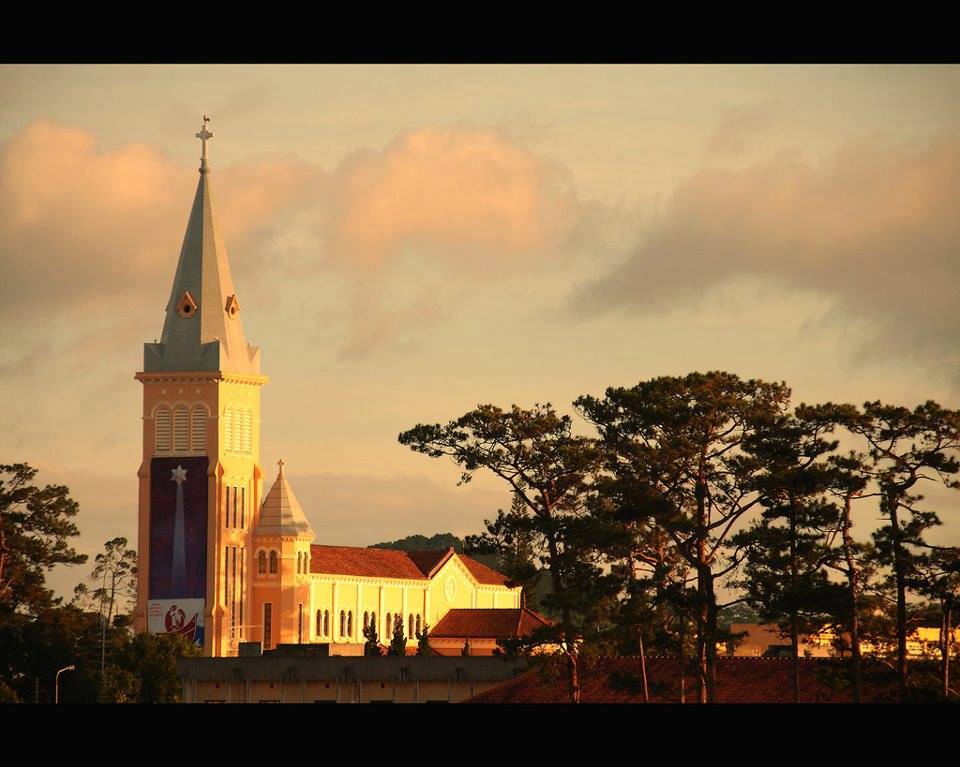 After many periods of being restored and built, The Cathedral was begun building on July 19th, 1931 by Bishop Colomban Dreyer, an embassy of Holy See in Indochina and Thailand, laid the first stone for the construction. The Church has been built for 11 years with 3 stages and was inaugurated on January 25th, 1942. 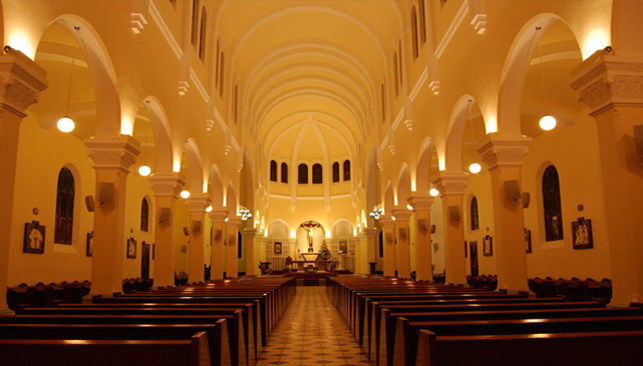 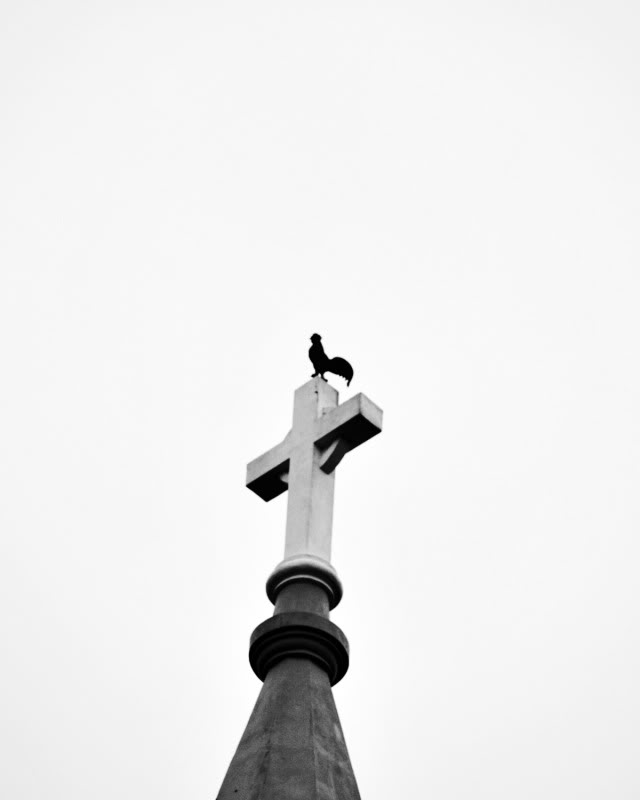 Chicken Church is one of Roman architectural projects with European style. Overall, the style includes a 65 - meter- long and 14 -meter -wide cross and a 47 –meter- tall bell tower. To decorate the building’s space more attractively, architects installed 70 panes of stained glass carrying the mark of European Churches in Medival period. These panes of glass are useful for either lighting the whole interior of Cathedral or making its decoration esthetic, unique and strange. 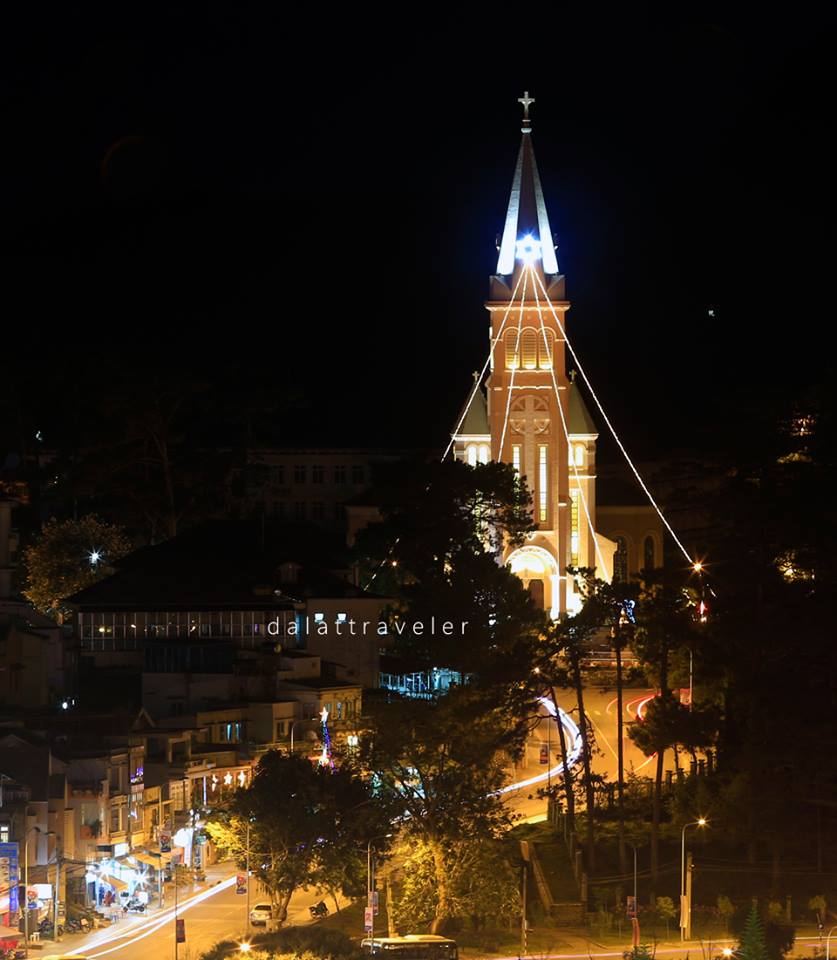 With classical Western design, the Church is divided into 3 arch - shaped interior spaces. Besides that, the pillars are arranged symmetrically to make the spaces ancient and a little luxurious. 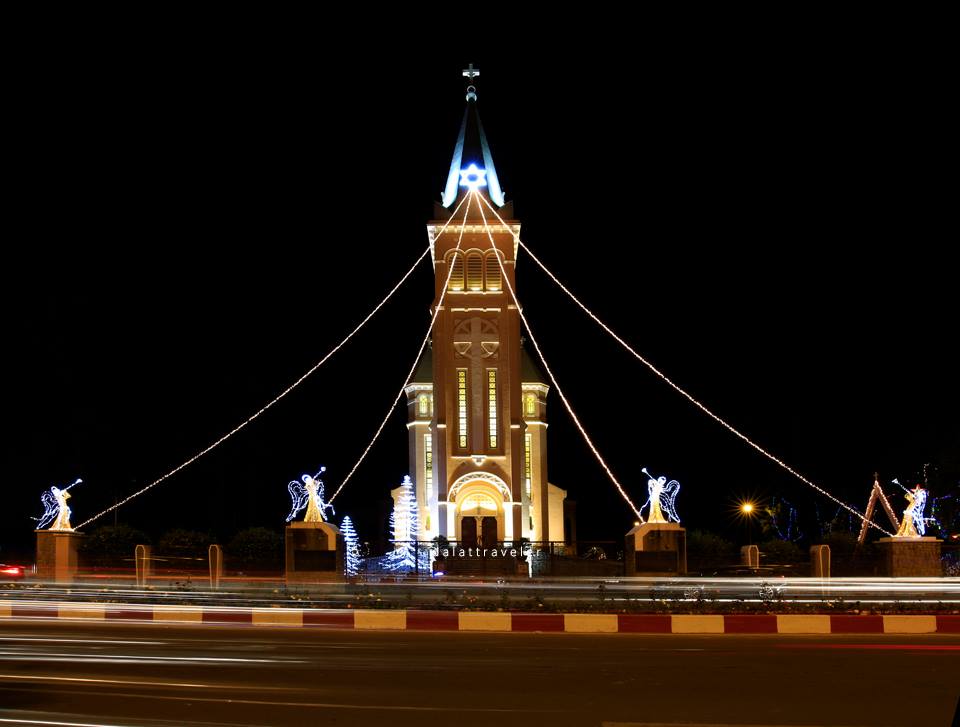 Legend of the name

The highest cross of the church is attached a statue of a rooster made of a light and empty alloy and covered with a layer of special chemicals. This creates impressive highlights for the church. Also, the name “Rooster Church” has been called since that time. The 0, 66 - meter- long and 0.58 - meter -tall statue is placed on a ball bearing rotating shaft that can move in the direction of wind. In addition, the statue is regarded as a lightning rod protecting the church’s project from the harmful effects of nature over years.